In Honor of Uncle Bud

I seldom stray from my blog focus on nature or art, but here goes .....

I’m writing to honor someone I never met.  His story touches me because Dale and I are a distant part of his family and a very late chapter in his short life has just been completed.

Last winter Dale received a phone call from a government agency (I can’t remember the exact name).  Did he know Gerald Wipfli, a soldier missing in action during World War II?  -- Yes.  That would be Dale’s ‘Uncle Bud.’  The person on the phone is part of our government’s program to identify the remains of long lost soldiers.

Dale was very willing to provide a DNA sample, but later we found out he wasn’t needed. A closer relative was available.  Dale's maternal grandparents were Anna and Dominick Wipfli -- Swiss immigrants who met in Wisconsin.  Fourteen of their eighteen children reached adulthood.     Uncle Bud was the next to last child and the youngest is still living --  Aunt Betty.  Her DNA left no doubt that Uncle Bud had finally been found.

We now know he died in the Battle of Hurtgen Forest near Schmidt, Germany – a  nasty battle shortly before the Battle of the Bulge.    It sounds as though he was found right where he died, standing in a foxhole.  In 2010 a company laying telephone cable stumbled across the site. 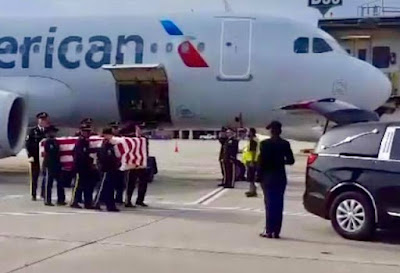 Sometimes the government moves slowly.  He was found in 2010, we got the telephone call last winter, and by early summer we knew that would be  returned to his hometown, to be buried next to his parents.  He finally came home.  An honor guard met the plane; last weekend a service was held in the Catholic church of his hometown, Nekoosa, Wisconsin.  Many members of the extended family gathered to mark the occasion.

One particularly poignant tid bit of information surfaced recently.  A man named Tom Brady, son of Lewis Brady, contacted a member of the family.  He told us Lewis landed at Normandy with Uncle Bud – and that Lewis named his first born son after Bud.  Bud may have had a short life, but his definitely left an impression in that man’s heart plus in the hearts of his family.

Are you familiar with the word ‘estivate’?  i.e. to go into a prolonged state of torpor or dormancy .  I feel as though Mother Nature is causing Dale and me to estivate.  We are like an old tortoise in the Southwest who has dug underground, pulled its head in, and waits for better times.  We open one eye, take a peek outside, and dig back down again.  ….. or I look at the air quality index and think about whether I dare open our windows up for the night in order to cool the house down.

It is murky out there …. Smoky!  Way too smoky.  Most of the past month has varied between a little smoke, a lot of smoke, and way too smoky.  We  did have two glorious blue sky days last week.   Suddenly our world sparkled again, the birds were happy, and insects were busy catching up on their endeavors.  The wind had switched to the northwest, bringing fresh Pacific air.
Oregon is having one of its worst fire seasons.  Over 500 square miles are burning and each day the number grows.  The largest, the ‘Chetco Bar Fire’ is over 140,000 acres.  There are so many fires burning right now that they group them into ‘complexes.’  When it is so dry, firefighters can’t begin to put them all out .  They try to save structures and figure out where best to use their available resources.  Oregon currently has about 10,000 people on the fires and more coming.  Some National Guard troops are being called in to help.  If we were the only state involved, we’d be getting more help from other states; but all too many of the surrounding states are in the same predicament.

On Aug 13 I blogged about fires upriver from us.  The one I photographed has grown to 4566 acres as of today, but they did succeed in keeping it on one side of the highway and protected the nearby homes on the other side.  The little fires upriver closed the highway a few days after I blogged and it remains closed.  Several fires in that area have joined together and have grown to 18,387 acres.  There is a little community up there with 24 people.  They lost power … and so the food in their freezers.  Then they had to evacuate for several days.  They are finally allowed to go home but have to travel the long way around ( approximately 300 miles) instead of the relatively short trip home from Roseburg or Glide.
At first the smoke here was tolerable, but the fires kept growing and a little over a week ago one started only about thirty miles from us.  I assume that fire is the one that sprinkled ash on us late one day – little flakes came drifting down.   When I went out to the car in the morning, I found burnt pine needle on the hood.  When I touched one, Poof!  It crumpled into nothingness.  Just a wisp of ash.
I decided to write about the fires because after talking to two sets of Wisconsin friends, I realized there hasn’t been much on the news about Oregon’s fires.  Of course hurricane Harvey is the big news, but fires don’t seem to get any attention.  What about the hundreds of acres of forest that are burning?  Even our local newspaper concentrates on road closures and evacuation levels for the few homes that are affected.

Where I live, I’m quite safe.  I’m in town.  Most lawns are browned, but the grass is short.  We have a law in town that says we must cut weeds and grasses grasses before they get twelve inches tall.  When a local fire gets going, the fire trucks are on it immediately.  The Umpqua River flows through town so there is plenty of water.  Most people, who live near town, create a ‘defensable space’ around their homes.

The big issue right now is that we are having a heat wave … temperatures of over 100 degrees for 3 or 4 days.  Lousy weather for the firefighters.   Soon we’ll be back in the 80s and 90s, but fire season will last until the rains come — probably not before early October.