Back to the Basin 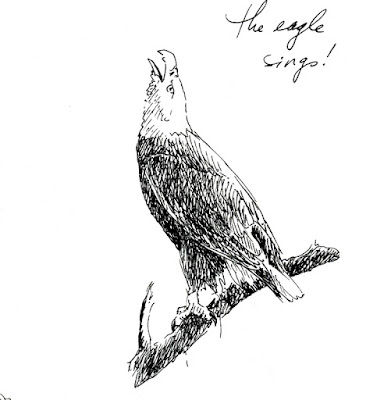 In late September I wrote a blog post about how I was changing how I keep my journal – that I planned to switch to a sketchbook with better paper.  It was a good decision!  I’m enjoying filling one page after another.

My last post was about a brief jaunt to the Klamath Basin, and this one will be too, but this trip is a month later.  In late November we spent four nights in ‘The Basin,’ one of my very favorite places to be.

My big excitement of the trip was seeing a long-eared owl.  I’m saving that for another blog post since I haven’t had time to do the art yet.  This post will be a series of the journal pages I’ve had time to finish: 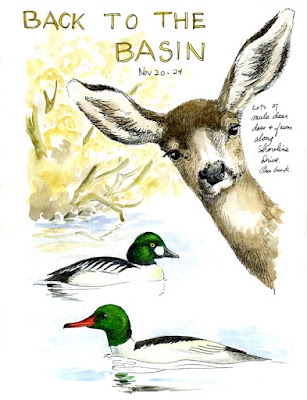 Each month in the Basin is a little different.  In October we had lots of golds and browns.  Now most of the leaves have fallen and most of the summer birds have left.  We’ve seen just a handful of pelicans, and very few grebes.  I thought there would be more ducks and geese, but maybe the weather up North has been mild and they haven’t come south yet. The crevice that held eight barn owls a month ago is empty .... but we did find one barn owl in another crevice.  Just one.  He’ll soon be on his way south too. 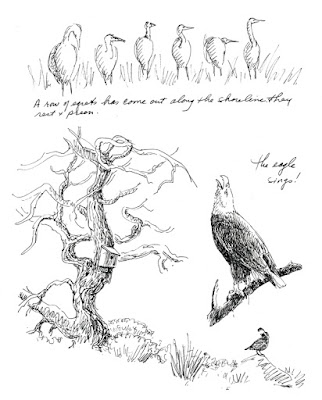 Plenty of egrets are still here and a few bald eagles have arrived.  At the end of day the eagle is singing in the top of a large willow.  A second eagle perches in a nearby tree and near a nest site.  I suspect this pair stays in the area throughout the year.  When winter comes large numbers of eagles will spend the winter in the Basin. 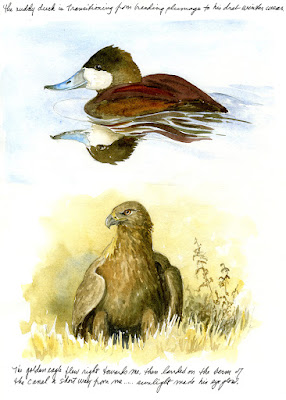 Many of the ducks we are seeing are in transitional plumages.    This ruddy had a baby blue bill and a rusty red back in breeding season.  Now he is well on his way to becoming quite drab for the winter. 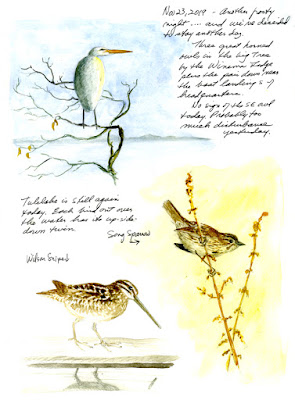 Plenty of sparrows still hang out in thick, weedy patches.  A snipe walks a floating plank. 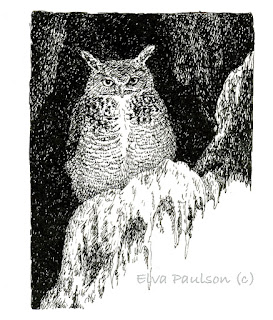 Lots of great horned owls this trip.  Two great horned owls where we found them a month ago, three in a tree near the Winema Lodge, another tucked in this crevice, we heard one near the Visitor Center, and saw an eighth on a telephone pole near Merrill.

The Basin quietly waits for winter.